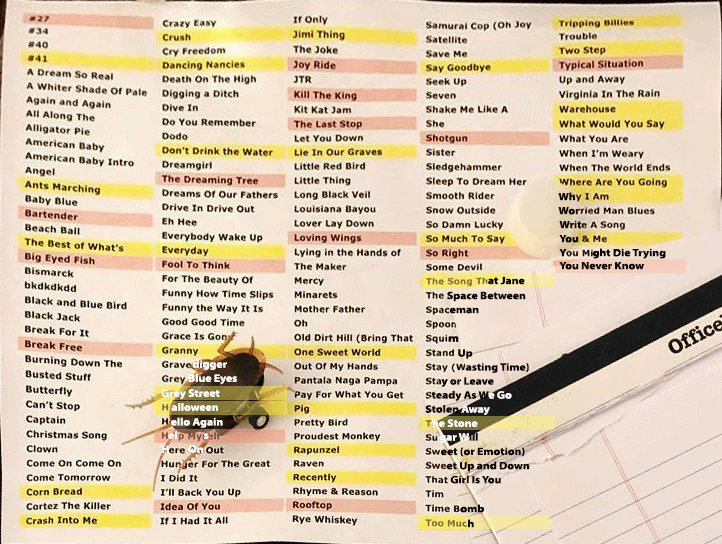 As Buddy celebrates his first full year with the band (congrats!), he celebrates with a snapped photo that has the community all a wonder. A photo of a piece of paper containing an extensive alphabetical DMB song catalog that has particular songs highlighted as Yellow and Red. It's safe to assume it's something Dave leverages when building out show set lists as it's along other pieces of known collateral for creating a night's set list (pad of lined paper to write set, and past years' sets at the venue.)

Over the last week there's been much speculation of how it's used, and while we may never get the official meanings of the highlights, there are some pretty good theories. But outside of theories, we wanted to take a data driven look at the highlighted (and non-highlighted) songs that appear on this setlist selection catalog. We take look at how the start of this year's tour in relation to the highlighting, along with notable inclusions and exclusions of songs from the list. We'll refrain from sharing our thoughts (we'll save that for a podcast), and for now just share the data.


UPDATE: Story continues with new updates to the list. Read it here