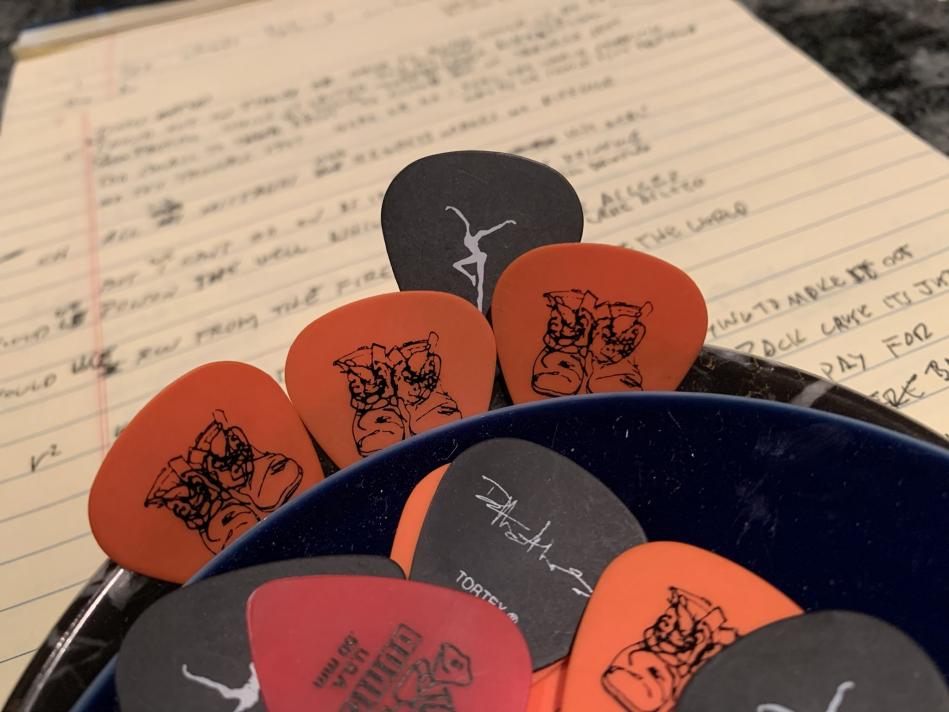 The past year has created a space for significant star song development. Specifically, Dave has said the past year has been a time of writing freedom. No pressure. And has been really open. We now know there was notable writing that took place, including 2 new songs we have to enjoy now, and the working names of many others.

Since the last concert youve attended there are two new songs that have debuted, both Dave solo (for now?) Those include Singing from the Windows and The Ocean and the Butterfly.

Singing From the Windows, a finger-picked acoustic (capoed 6 string) song, debuted on 3/26/20 for the Verizon Pay It Forward Live (the first one). A song inspired by the videos that went viral of Italy residents singing outside their windows together during quarantine.

Watch/Listen to Singing From the Windows

And the other, The Ocean and the Butterfly, a strummed acoustic (6 string) song, debuted on 10/18/20 for a webcast fundraiser for Save Our Stages (an organization seeking to give aid to independent music venues.) The performance occurred at The Jefferson Theater in the downtown walking mall of Charlottesville, a venue DMB performed at back in 1993, and a frequent spot of after party/concert performances when the band plays hometown John Paul Johns Arena, often with DMB connections or DMB visitors.

Watch/Listen to The Ocean and the Butterfly

(Well hold off on describing anymore of the song so that you can form your personal opinion. Feel free to join the discussion on the forums of your thoughts.)

[cue infomercial voice] But thats not it, theres more! [end infomercial voice]
There are some more songs we know are being worked on but we havent heard them yet. How many more we dont know. Dave says a couple more than you can count on two hands, but we also have indication that its as high as 26 ideas/songs (but that number may include not just new songs, but existing songs to work on in the studio. More on that in a bit.) Dave says some songs are raucous rocking, some songs are really sweet, and some songs are "retro music" that he's excited about.

One of those is Walk Around the Moon, and we may have a new album thanks to it (full updates on album in part 2). The hype on this song is about as high as you can get, a dangerous and possibly unfortunate tag because of the extra inspection it will derive as a result. But Dave says (at least in the moment) that Walk Around The Moon is one of the best songs hes written. (wowzers, ha) The birth of the song starts out in The Haunted Hollow Studios (DMBs own studio built in the woods of Virginia) where Dave worked with Rob Evans (longtime DMB inner circle in lots of roles, but primary lead Recording Engineer) The song initially developed over just 2 hours of work and instantly stuck out to Rob. Rob had constantly been working to convince Dave to start having Carter get involved in the different ideas they were working on, but it was Walk Around the Moon that finally convinced Dave to bring Carter into the studio (and start a writing/recording session together.) Dave says the song is about taking a walk in the woods, and some connection to mushrooms that isnt clear at this point. 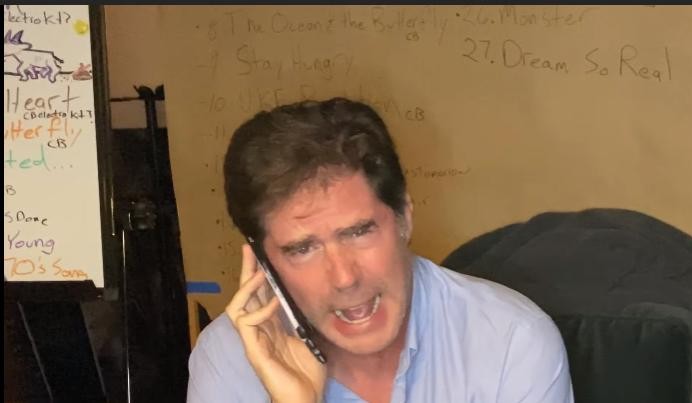 But also, thanks to some Rockbridge Guitar humor/contest and the sniper eyes of the DMB community we also know the working names of other song/writing ideas. They include Monster, Stay Hungry, and Heart. And we also know partial working names that include Young, Heart, Uke (presumably as in ukulele), and 70's Song (presumably the retro music sound mentioned by Dave.) The list is numbered with working titles up to 27. (The 27th is A Dream So Real, an existing song, looked to be worked on in the sessions). We dont know much more about these than their working names and we dont know anything for the rest of the 27 unfortunately, but it does solidify 8 additional new songs/ideas on top of the 2 known new ones we already have.

The only other item to add about the new songs is some of the instruments played on them. It appears Dave has dove deeper into the ukulele. Dave recently had two new ukuleles produced to take on tour and has been pictured playing one while rehearsing with the band. So unless Sweet is about to get a very heavy tour rotation (ha), it seems like a new song(s) with ukulele is(are) very likely. Also, some of the new songs have been noted to have Carter on an electric drum set, but is this just for ease of recording ideas early in the process (vs multi-mic recording a drum set), or is this an instrument that actually makes it to the final versions? (It would be interesting if/how electric drumming would translate in some form/fashion to the live show if used in new music.) A couple Moog synthesizers of Buddy's were pictured, and effects pedals for Rashawns horns. And lastly, Stefan has commented that he played standup bass on a couple songs, and hes been pictured playing an acoustic bass in tour rehearsals, something new outside of the acoustic set days.

(Continue reading on about New Album.)
(This article is one part of a 3-part series on New Songs, New Album, New Tour. See them all here.)