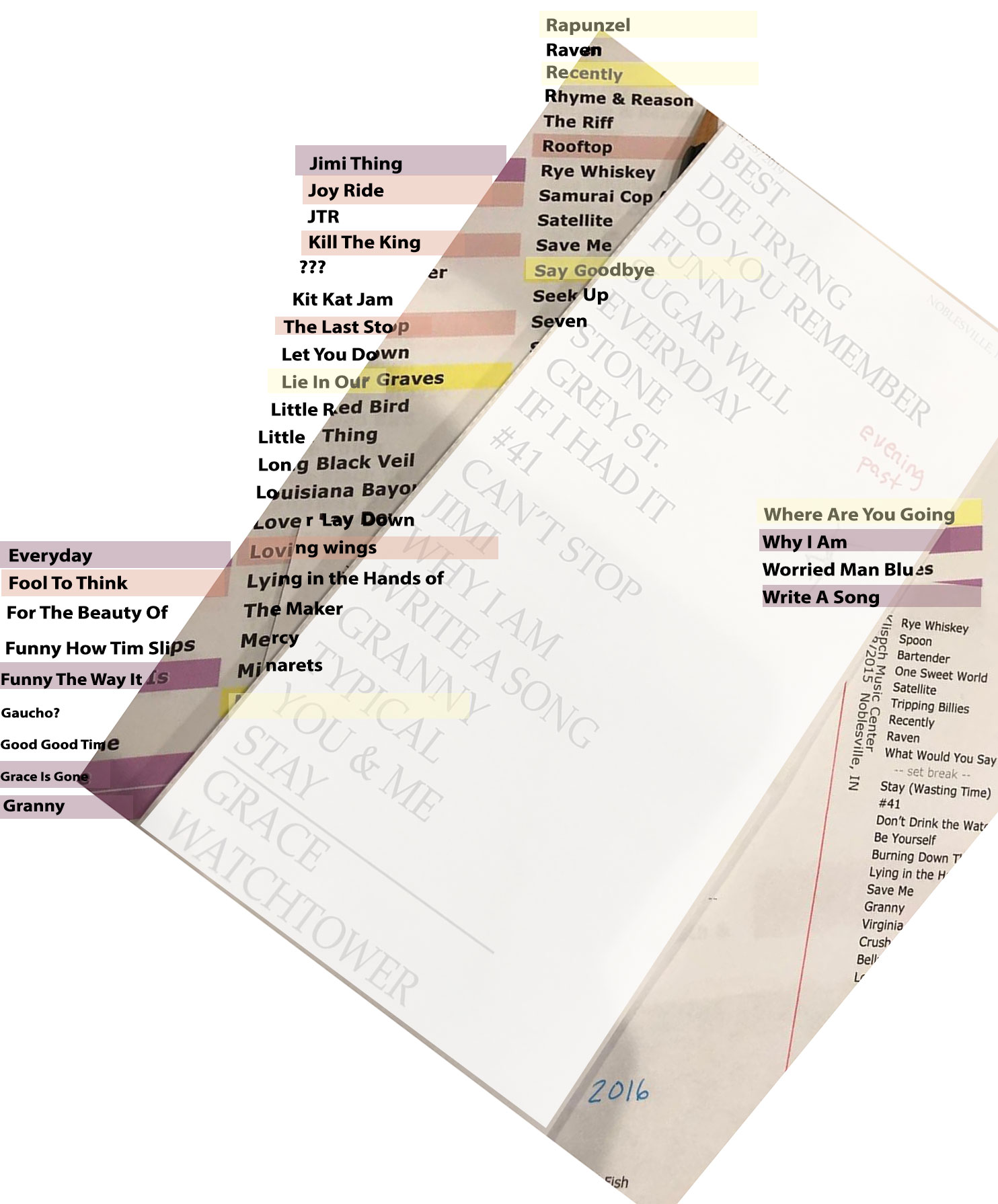 Early in the summer tour we got a sneak peak into a song list that was being used on tour for setlist selection that included color coding. If you missed those details, check out our previous story on it. We saved our explanation of the meaning and use for our podcast which you can listen to (#103). (If you think it's because of guitars you may want to rethink it.) But now we have a look at a new song list picture after Deer Creek N1 and it offers new details and changes, including new 'purple' songs and song additions and removals.

We've put together an extrapolated picture for comparison to the previous.

The new 'purple' song coloring aligns with songs that were played the previous night. (Presumed particularly/only relevant for multi-night shows at the same venue.)

A number of song changes also occurred:
At this point 2 'yellow' songs (as known from start of the tour) have yet to make their 2019 Summer appearance: Lie In Our Graves and Where Are You Going.

As for 'red' songs, from our previous update where 4 of the 17 had been played (Bartender, Big Eyed Fish, So Right, Typical Situation) an additional 5 have been played including #27 (Camden N2), You Never Know (Hartford), Fool To Think, Idea of You, and Rooftop (Deer Creek N2). Still yet to be played 'red' songs include: Break Free, Dreaming Tree, Help Myself, Joy Ride, Kill The King, Last Stop, Loving Wings, and Shotgun.